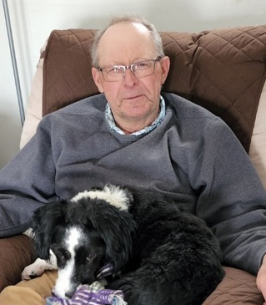 The family of Dale Hillier is greatly saddened to announce his sudden passing near Stoughton, Sask. on May 24, 2022 at the age of 61.

Dale was preceded in death by his parents: Clifford & Muriel (Elder) Hillier and brothers-in-law: Richard Burnay and Miles Denham.

Dale enjoyed many sporting activities, such as hockey, curling and golfing. His love for the outdoors was evident in his love of camping and gardening. He was also an avid cook and baker. Anyone who knew Dale would also know that he was a complete Saskatchewan Roughrider FANATIC and a major jokester!

A celebration of Dale's life was held on Monday, June 6, 2022 at 2:00 p.m. at Living Hope Community Church, Estevan, Sask. with Pastor Jordan Culham officiating. A luncheon followed. Interment will take place at a later date.

In lieu of flowers, those wishing to pay tribute to Dale may do so via a donation in his memory to the Heart & Stroke Foundation of Canada, online at www.heartandstroke.ca.