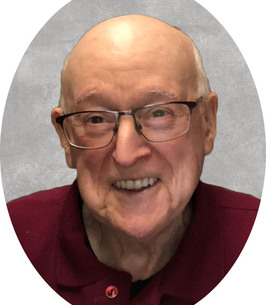 Walter George Avery, late of Estevan, SK passed away with his daughter Janet at his side on Monday, August 29, 2022 at the Estevan Regional Nursing Home, Estevan, SK at the age of 86 years. Walter was born on August 16, 1936 in Marquis, SK. to Percival and E. Pauline (Kellington) Avery. Walter married Doreen Mary Louise Spicer, daughter of Albert and Rita (McLaren) Spicer on July 1, 1956 in Moose Jaw. Walt and Doreen celebrated 65 years of marriage before her passing on September 9, 2021.

As a young man Walter was an accomplished vocalist, singing tenor and winning numerous competitions, an all-round athlete especially enjoying softball (where he met his future wife) and an eldest son in a loving family. Following ten years of married life in Moose Jaw, Doreen, Walt and family moved to Saskatoon for four years then to Estevan in the fall of 1969. Walter was employed by Saskatchewan Power for over 30 years.

Throughout his lifetime he loved completing home projects, watching the Blue Jays play baseball and curling with friends. He was proud of the life he created with Doreen and their children. They enjoyed traveling and camping, attending Major League Baseball games, cruising the Atlantic and Pacific Oceans, and spending time with grandchildren.

He was a 50-year member of St. Paul’s United Church, assisting with projects and greeting the membership on Sunday mornings. Through his involvement in The Elks of Canada, Estevan No. 113, he enjoyed friendship and leadership, including an opportunity to serve as the Exalted Ruler.

Walter is best described as competent, curious, industrious, and kind. His sense of humor and love for his great grandchildren were his hallmarks. He embraced the age of technology and constantly used it to his advantage, enjoying online banking, Face Timing, and recording sporting events to be watched at his convenience.

Walter’s family is very grateful for the care and kindness that he received from his many caregivers throughout the last six months. We offer a special thank you to the staff of the Estevan Regional Nursing Home for their friendship and willingness to accompany him during his final days. Our expression of gratitude is heartfelt and unending.

On behalf of Walter, thank you for helping the Avery Family make Estevan their home for 53 years.

A Memorial Service for Walter was held on Saturday, October 8, 2022 at 11:00 am at St. Paul's United Church, Estevan, SK with Sandy Dalziel officiating. The interment took place at Souris Valley Memorial Gardens following the service.

A video recording of the service will be available for approximately 90 days, using this link:https://event.forgetmenotceremonies.com/ceremony?c=e8864179-6589-4c40-825e-a4bedb24ee2c

Those so wishing may make donations in memory of Walter to a charity of their choice.